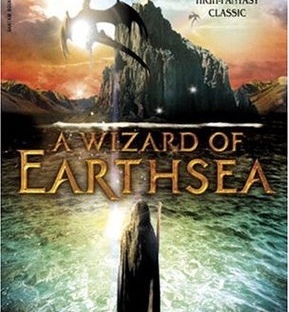 I have read many reviews about the late US author Ursula K. Le Guin but I had never read her works. After listening to fellow authors and the reading community discuss the impact of her work, I decided I must read A Wizard of Earthsea for myself. Despite my high expectations, I was not disappointed. Originally published in 1968, A Wizard of Earthsea follows Ged, the greatest sorcerer in the realm of Earthsea. Beginning when Ged was a young child and known as Sparrowhawk, a child from a poor and rural background but gifted with rare and powerful magic. After performing powerful feats of magic, Sparrowhawk is is apprenticed to the travelling wizard Ogion. But Sparrowhawk is ambitious and not content with the humble existence Ogion offers. Instead, Sparrowhawk gains entrance to the greatest school for wizards on the Island of Roke. Once there, ambition governs Sparrowhawk and his personality clashes with both the wealthy and less-talented students. Resentment grows and soon Sparrowhawk has only one student to call his friend. In a effort to prove himself the better of the others, Sparrowhawk conducts a magic that breaches the boundary of life and death, accidentally summoning a Shadow that haunts Sparrowhawk and pursues him relentlessly across Earthsea. Throughout his battles with the Shadow, Sparrowhawk loses any chance of gaining social standing and begins to learn his powerful talent with magic has destroyed much he hoped to gain in becoming a wizard at Roke. Cast adrift from the school and the Island of Roke, Sparrowhawk begins to master his talent and learn humility as Master Ogion had tried to teach him before he went to Roke. In summoning the Shadow and breaking the fundamental laws of magic, Sparrowhawk proved that despite possessing great power, he lacked the maturity to make decisions worthy of such power. While I might be late discovering A Wizard of Earthsea, it was was unlike any young adult book I had read. Most uniquely, the themes were subtly done and told in a narrative quality that reminds with great power, comes a greater responsibility which made this a wonderful read for any age group.